Have you been injured in an accident that wasn’t your fault?

Whether you were hurt at work, in a car crash, or tripped and fell on a pavement.

If the accident happened due to someone else’s negligence then you could be entitled to compensation.

We have access to a panel of experienced no win no fee solicitors in Manchester who can help you to make a personal injury claim.

Contact us today for a free initial consultation and find out how much compensation you could be entitled to. 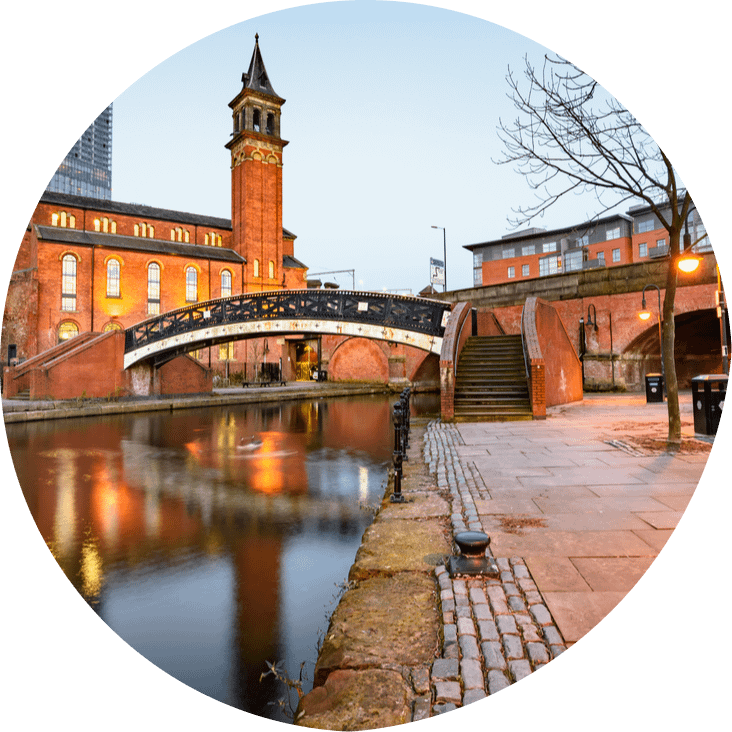 We are DIYPI, are a claims management company and have been helping customers seek legal advice in Manchester and surrounding area’s.

With access to the top personal injury solicitors and No Win No Fee Solicitors in Manchester, our experienced team will work hard to gain you the full amount of compensation you rightly deserve.

We have expertise in all types of accidents and injuries, so no matter how your accident happened or what type of injuries you have sustained, we can provide expert advice on the best course of action to take.

Making a personal injury claim can be a complex and stressful process, but with our help, it doesn’t need to be.

If you would like to start your personal injury claim now, simply contact us for a free initial consultation.

Our friendly team treat each claim with the care and attention to ensure that we secure you the most fair and reasonable financial outcome possible.

With a free claims assessment and No Win No Fee* policy, you’ve got nothing to lose.

Most people have heard of personal injury claims, but few know exactly what they are.

Essentially, a personal injury claim is a legal process where an individual who’s been injured seeks compensation from the person or organisation responsible for their injuries.

This compensation usually takes the form of damages – which can cover things like medical treatment, loss of earnings, and replacement of property.

One of the benefits of making a personal injury claim is that you don’t have to pay anything upfront – most solicitors work on a no win no fee basis.

You only have to pay if you win your case. And even if you do have to pay something, it’s usually a small percentage of the overall compensation awarded.

So if you’ve been injured due to someone else’s negligence, it’s definitely worth considering making a personal injury claim.

With the help of a good solicitor, you could be entitled to significant compensation.

If you’re looking for no win no fee solicitors in Manchester, you’re not alone. Many people are injured in accidents every year and need to claim compensation to help with their recovery.

We understand that accidents can be life-changing, and we’ll do everything we can to get you the best possible outcome.

Contact us today to find out more about how we can help you.

Why should you DIYPI, No Win, No Fee Solicitors, Manchester?

At DIYPI, we are committed to providing the very best representation for our clients.

If you have been injured in an accident that wasn’t your fault, you may be entitled to compensation.

We will work tirelessly to secure the compensation you deserve, and we will not give up until we get the best possible outcome for you and your family.

Contact us today to find out how we can help you.

1. Manchester is a city in Greater Manchester, England, with a population of more than two million in 2018, it is the second largest city by urban area in the United Kingdom.

It is fringed by the Cheshire Plain to the south, the Pennines to the north and east and the neighbouring city of Salford to the west. The two cities and the surrounding towns form a large continuous conurbation.

3. Manchester was home to the world’s first passenger railway station

4. The Manchester Ship Canal is a wide, 36-mile (58 km) long, river navigation in North West England, opened on 21 May 1894. At the time of its completion, it was the largest navigation canal in the world.

It consists of the rivers Irwell and Mersey made navigable for seagoing ships from the Mersey Estuary to Salford Docks in Greater Manchester. It transformed Manchester from a landlocked city into a major sea port.

5. Manchester was named after its Roman founder, Mancunius.

6. The Manchester Bee is the symbol of Manchester, chosen to represent the city’s hard-working past and present.

7. Manchester was one of the centres of textile manufacture during the Industrial Revolution. The great majority of cotton spinning took place in the towns of south Lancashire and north Cheshire, and Manchester was for a time the most productive centre of cotton processing.

In the late 1980s, the ecstasy-fuelled dance club scene played a part in the rise of Madchester with bands like the Stone Roses, Inspiral Carpets and Happy Mondays.

10. London is an international center for education, with four universities ranked among the top 100 in the world.

We pride ourselves on the commitment we have to our clients to help you get justice for your accident and the compensation you rightfully deserve.

Available 7 days a week, our team are always fully aware of any industry changes and emerging trends.

We constantly remaining mindful of how litigation should be handled to protect you.

We listen to your concerns, provide solutions to your questions and action our specialist panel of solicitors to provide you with free advice on the best actions to take.

Our experts will explain every step of your personal injury claim, to ensure that you’re fully aware of your claims progress and outcome.

Our team benefit from many years of experience working alongside the countries best law firms.

We will review your case, ultimately ensuring that you will be passed on to the best solicitor with the specific claim type expertise to ensure your best chances of personal injury compensation claim success.

No Win No Fee

DIYPI endeavour to give you a fair and honest trial.

We will fight for justice, as we professionally go about ensuring that you’re provided with the compensation you deserve.

A No Win No Fee agreement, also known as a Conditional Fee Agreement (CFA) in the legal world, is an arrangement between a claimant and solicitor.

In simple terms a ‘No Win No Fee’ arrangement means that you will not pay a fee if your claim is unsuccessful.

*No Win No Fee * typically customers pay 25% of the amount recovered to our solicitors, although this will be subject to your individual circumstances and the actual fee may be more or less than this.

If you cancel the claim after the cooling-off period of 14 days you may be charged a cancellation fee by the solicitor.

Our qualified team are equipped with everything that it takes to handle your claim journey, from beginning to end.

After 18 years, we are well placed to make sure that you’re in receipt of a comprehensive litigation package, designed to protect both you and your family.

Times change, and with it so does the nuances of the legal sector. We grant you access to solicitors who will ultimately guide you towards the most advantageous outcome to your case.

Call our No Win No Fee Solicitors Manchester today on

Or request a callback

There are 5 important things to do if you're involved in a #RTA! Need some... Read more

Determining your injuries after an accident can be stressful. If you've been involved in an... Read more

Only one in ten consumers use the MoJ Official Injury Claims Portal without without the... Read more