How do I make a bicycle accident claim? 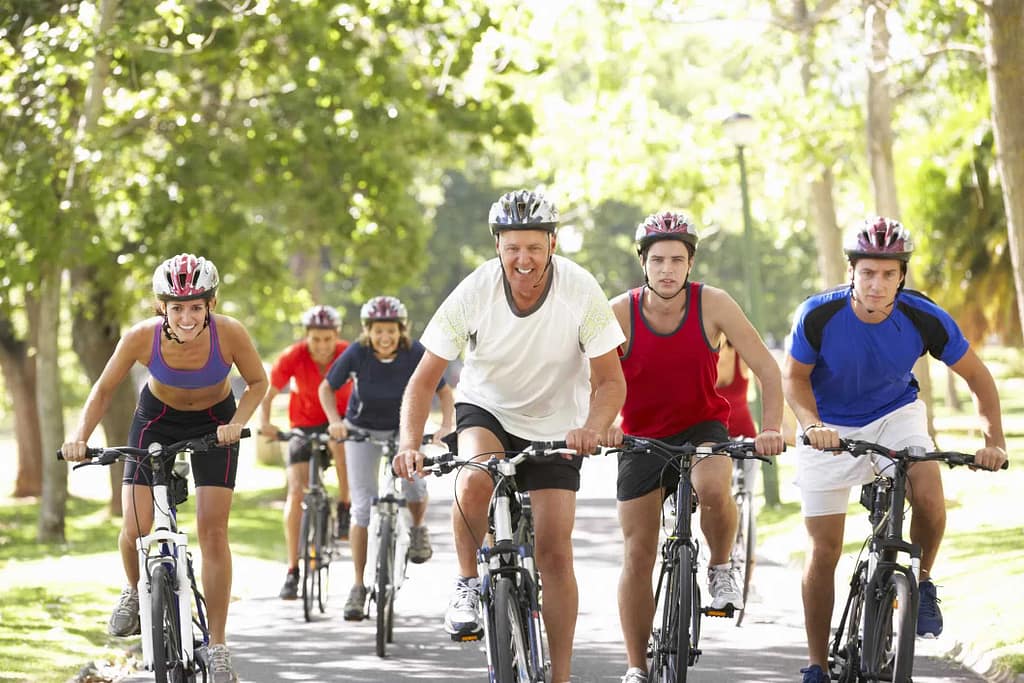 One of the more positive aspects of lockdown life has undoubtedly been the population falling back in love with cycling. The recreational pursuit having witnessed a significant surge in participation as we’ve all circumnavigated successive national lockdowns – and public transport – as best we can. And in tandem with the government’s recommended daily exercise mantra.

However, as increasing numbers of people have rediscovered the joys of cycling, there’s been a subsequent rise in riders seeking compensation for personal injuries sustained while in the saddle, as a result of other road users’ negligence.

Although a cycling renaissance might be relatively hazard-free when only essential journey rules are imposed, the minute car usage returns to more normal levels (post-relaxation of lockdown stipulations) then the landscape is subject to more familiar change.

Which is why drivers are being urged to be mindful that they’ll be sharing the roads with greater numbers of cyclists as we all continue to negotiate the pandemic-prompting new legislation. Conversely, riders also need to remember the presence of cars on the road too. Wearing helmets and reflective clothing at this time of year, being sound advice.

It’s estimated that a staggering 1.3 million of us fitness-pursuing Brits chose a bike as our weapon of choice against the twin threats of obesity and mental health issues since the first national lockdown.

The flip side of this positivity depicts a less sunny picture though, as one leading insurance provider noted insurance claims received from injured cyclists increased dramatically.

Rising from 1 in 10 to 1 in 5 during the latter quarter of 2020. These stats also took into consideration claims logged from motorbike riders and pedestrians too. That said, cycling represented the largest growth area.

What Factors Are Taken into Account When I Make a Bicycle Accident Claim?

This largely depends on individual cases, however typically three key elements are looked into. Personal injuries primarily addresses both physical and invisible psychological injuries (such as depression). Providing they can be shown to be caused as a direct result of the accident. Bicycle damage establishes whether or not your bike required repairing, and what its value was pre-accident. Meanwhile, any loss of earnings will also be considered, especially if the nature of your injuries forced your non-attendance in the workplace.

Is It Always Physical Ramifications I Should Be Claiming For?

On the contrary. Often the enduring legacy of a bicycle accident is not just the more obvious physical injuries which will eventually heal over time, but the longer-term psychological impact and after-effects which could continue to present long after the event.

It’s not uncommon/unheard of for those involved in cycling accidents to experience similar effects to those reported by individuals who have suffered from anxiety, depression and even Post Traumatic Stress Disorder (PTSD). Sleep quality and quantity can also be heavily compromised, thanks to re-occurring nightmares about the crash.

Will the Process of Making a Bicycle Accident Claim Be Pain-free?

DIYPI can grant you immediate and direct access to experts who have a wealth of experience in representing individuals who have painful, first-hand memories of what it feels like to be involved in a bicycle accident.
Victims who have gone on to claim compensation through DIYPI for the personal injuries which befell them as a direct result of collisions with guilty parties who always refer to a stress and pain-free journey to achieve this outcome, after receiving impartial, no obligation advice from us.

From the very outset, we are here to guide you every step of the way. Putting your mind at rest about how straight-forward our process is, when you might otherwise have perceived claiming compensation as more complicated and stressful. We’ll also go to great lengths to explain in detail how a particular solicitor will address your specific claim.

Why Turn to DIYPI If You’ve Been Involved in a Cycling Accident?

If you’ve been the victim of an RTA while riding your bicycle, the last thing on both your mind and that of your loved ones at the outset is apportioning blame. Or wondering how you’re going to set about making those whose fault it was, accountable for their actions.

Your immediate focus is on dealing with what’s just played out, ensuring that you receive the medical attention and care that your injuries require and starting out on the road to recovery. Both physically and psychologically.
That being said, the culpable party needs to face up to their responsibilities and atone for their errors in judgement which led to you being injured.

We Treat Bicycle Accident Claims Victims as Humans, Not Statistics

More than this, the DIYPI approach to anyone who has suffered an accident which wasn’t their fault whilst riding their bike like a member of our family. We make it our business to go that extra mile to ensure that you have absolute faith in our convictions and objective of getting the best result for you, personally.

NextHow the victim of a motorcycle accident can claim?Next