How do bicycle helmets protect your head in an accident? 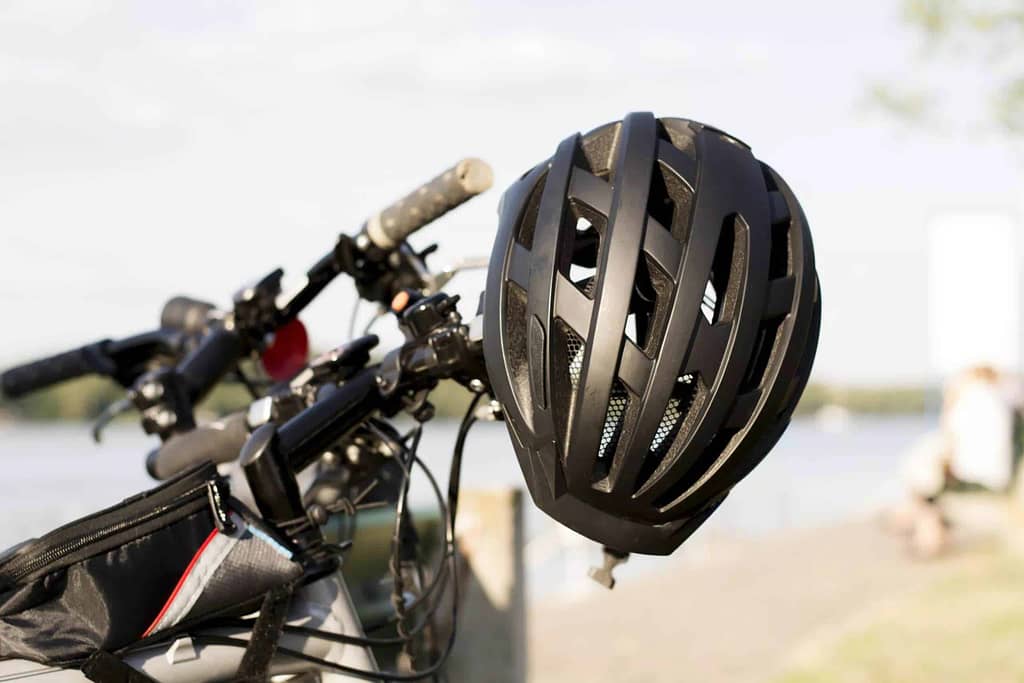 Bicycle accidents are sometimes unavoidable due to the nature of not being able to predict other road users’ reactions. Elsewhere, poorly maintained road surfaces can be the root cause of cyclists parting company with their bikes. Both these potential scenarios give rise to personal injury claims being pursued, with the help of a reputable claims management company like DIYPI.

In this blog, we take a look at bicycle helmet design, and how they protect a rider’s head if they’re involved in an accident….

Bicycle helmets aren’t designed to make fashion statements. Which is just as well really, given that many colours and patterns leave a lot to be desired from an aesthetics perspective. Still, what bicycle helmets might lack in design credentials, they unequivocally compensate for by way of safety features.

Despite not being a legal requirement on UK roads, anyone who thinks about riding a bike without first clipping a bicycle helmet into place under their chin, leaves themselves completely exposed. If not to ridicule from other road users, then to the risk of serious injuries should a rider either fall off their bicycle or come into direct contact with either a moving or immovable object.

The protection a helmet affords the wearer is immeasurable and could prove to be the difference between life and death if you’re involved in an altercation with the tarmac, a car, a fellow cyclist, a pedestrian or a wall…Or just about anything else unwieldly you could realistically encounter.

How Do Bicycle Helmets Afford Riders Peace of Mind Protection?

Bicycle helmets benefit from state-of-the-art design technology these days and are constructed with materials which absorb the energy and impact experienced when a cyclist’s head suddenly meets another object. And consequently, protect the rider’s head in the event of an accident. Typically bicycle helmets are manufactured with a layer of crushable foam.

So, the moment a rider crashes and hits a hard surface, the foam element of the helmet bears the brunt of the force, essentially controlling the energy of the impact and effectively extending your head’s stopping time by approximately six thousandths of a second (6 ms). This significantly minimises the peak impact to the brain.Let us Expand on This Theory a Bit….

Science plays an integral part in the design of contemporary bicycle helmets. Comprising of the two predominant parts – a rigid exterior shell and a soft, inner liner – the former’s job is to distribute the force of the initial impact between the rider’s head and another surface over a broader area. Ensuring that the skull is less susceptible to fractures as a direct result.

The latter, soft liner, tends to be created from foam, or rather, expanded polystyrene (EPS) or expanded polypropylene (EPP). With an average depth of some 20mm, it’s crafted in such a way that it squeezes inwards, absorbing the energy, meaning less is transferred to the head.

In terms of materials used in bicycle helmet manufacture, and lightweight composites like fiberglass and carbon fiber are the default examples in more recent years.

Although equally so, incredibly durable plastics such as polycarbonate or ABS are also frequented, while dedicated energy-absorbing plastics like D3O® are increasingly commonplace in helmet structures. These are soft under normal circumstance yet harden instantly the moment the surface area become susceptable to damage.

Yes and no, really.

Technological advancements have seen giant strides made in terms of head safety for riders, but at the same time rigidity and cranial protection will always be slightly offset by default design. In as much as the structure of a typical bicycle helmet must make allowances for cyclist’s heads to breathe.

In warmer weather our heads perspire. So, to counter this natural phenomenon, helmets generally contain lots of ventilation holes to compensate and to help the more hot-headed to maintain their cool.

The problem with creating holes in things is that they end up structurally compromised. In reality bicycle helmets can end up in a power struggle against the job they’re ostensibly designed to do, protecting heads from collisions.

All of which mean that bicycle helmet designers have their work cut out trying to strike a balance between safeguarding riders’ heads against impact injuries, keeping them cool under all conditions and ensuring they are relatively aerodynamic.

What Should I Look for in Bicycle Helmet Design?

Arguably the most important criteria to bear in mind when purchasing a new bicycle helmet are the following:

How Often Should I Replace my Bicycle Helmet?

That’s down to the individual. However, the fact of the matter is you should ALWAYS replace a bicycle helmet if you’ve been involved in a crash while wearing one. Once the helmet suffers a crack, or the foam becomes compressed, then the efficiency of the helmet will be significantly depleted in the event of another impact accident.

Similarly, that’s why you should NEVER look to buy a second-hand bicycle helmet from friends or online, as you have no ideas as to what that helmets physically endured previously, and crucially, whether or not it’s still going to afford your head the protection it requires going forward.

As you can determine from the above, a bicycle helmet isn’t a luxury, nor is it designed to make a fashion statement, rather it’s an essential part of cycling safety kit you shouldn’t ever leave the house without when you go off for a ride.

With cyclists increasingly at risk of being involved in RTA’s, it’s absolutely imperative that you take the necessary precautions to avoid being another casualty statistic or God forbid, victim out on the road.

If you have been involved in a bicycle accident which wasn’t your fault, then get in touch with us today.

PrevPreviousCan I make a Personal Injury Claim caused by driving conditions?
NextWhiplash reforms and what it means for youNext