Can I make a Personal Injury Claim caused by driving conditions? 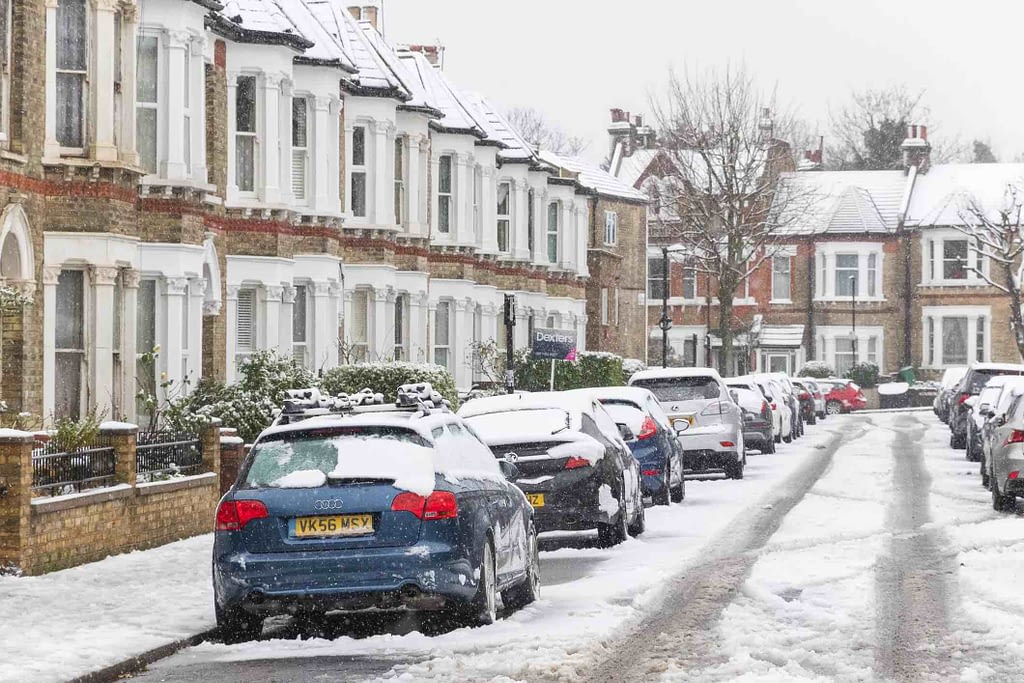 If it’s not the ‘beast from the East’ blowing an ill wind, then its ‘the pest from the west’ making its blizzard-like presence felt. Come winter, both the Met Office and the red-top newspapers are spoilt for choice when it comes to naming the next cold front which is destined to pass through the UK.

The problem is, as a motorist, wintry driving conditions present a number of hazards, one threat of which can’t even be seen by the naked eye, to make matters even more perilous.

But it’s not just black ice that poses problems when you’re out and about on the roads between November and March, as when the temperatures plummet, the risk of snow also homes into view.

Who’s Responsible for My Winter Driving Accident? The Highways Agency or Mother Nature?

As hospital admissions tend to rise during the winter as those less steady find the slippery conditions under foot a little too challenging, so do the number of personal injury claims being pursued.

Personal injury claims based on road traffic accidents have a recurrent habit of increasing during winter, understandably. However, and unlike other RTA’s experienced the rest of the year, seasonal adjustments for winter claims aren’t quite as straightforward as you might think. Additional variables have to be taken into consideration.

It might just be that your chances of winning a compensation pay-out lie in how prepared your local authority is in keeping roads ice and snow-free.

Let Us Explain a Little More….

Proving negligence when you’ve been involved in a RTA which has occurred in wintry driving conditions can be difficult as the blame game is often far less obvious and unfortunately Mother Nature can’t quite be brought to task.

For a start, local authorities are only legally obliged to keep primary routes open and passable during seasonal white outs (based on where the highest volumes of traffic are), and even then are only liable for their gritters to take what is officially referred to as ‘reasonable steps’ to clear highways. According to the AA, drivers can expect around 40% of a road network to be covered. So, if your accident happened in a minor road, then it’s unlikely personal injury claims can be pursued.

Gritters can only clear roads so fast, if sub-zero conditions descend immediately afterwards, in reality black ice could potentially form quicker than the road can be maintained. Again, a scenario which extracts local authorities from being held responsible for the actions of motorists should they choose to travel under such inauspicious circumstances.

It is also worth noting that claiming for snow and icy road traffic accident compensation is far more complex than for other road-based claims at other times of year, bear this in mind. Everyone from motorcyclists to dog walkers are more prone to slip and slide during inclement conditions, effectively meaning that it’s far more difficult to establish who – if anyone/thing/situation is at fault.

If You Insist on Using Minor Roads When Wintry Conditions Persist, Then You May Not Be Liable to Claim for Any Personal Injuries Which Result

Cases intended to put the spotlight on local authorities will only ever succeed if they were found to have failed to take all reasonable steps to ensure roads under their jurisdiction remained safe. These might include situations whereby they neglected to have a suitable course of action in place for gritting and snow clearance, didn’t observe weather forecasts, failed to display warning signs or were found guilty of not keeping sufficient stocks of salt or grit, for example.

By a similar token, the Highways Agency also has an obligation to take care of major ancillary road networks, including motorways. Both the Highways Agency and local authorities are required by law to clear snow and ice from public highways. If they are proven to not to upheld legal compliances, then theoretically someone involved in a RTA caused by wintry weather conditions could, potentially make a successful compensation claim. In the event that the personal injury lawyer proved that the relevant agency failed to clear the snow or ice hazard and thus was negligent thus, resulting in the accident.

So now you’re aware as to how you might be in a position to claim for personal injury if you’re involved in an RTA whilst winter driving, we’ve discovered some destinations you might be wise to avoid if you are planning on taking to the roads before spring puts in an appearance…

Where Might Drivers Wish to Avoid to Side Swerve Accidents

Data compiled by The Department for Transport which recently became public knowledge, have highlighted some interesting stats surrounding the topic of the cities in the UK where the highest number of winter driving accidents are recorded.

Apparently, Glasgow is the most likely place where you’ll be involved in an RTA caused by inclement driving conditions, with 38% of all road accidents in 2015-19 being reported as ice or snow related.

Cities in the north of England, like Leeds and Bradford didn’t fare that much better either. The former witnessed 2,154 road accidents – or 25% of the sum total of all RTA’s for the period between 2015 – 19 – with ice or snow being cited as the culprit, the latter acknowledging 1,221 accidents during cold snaps observed over the same 4 year period; and accounting for 23.4% of all accidents. Leeds found itself in sixth place, in a top 10 countdown of the most dangerous suburban areas to drive around in winter, with Bradford in 8th.

That being said, it isn’t exactly unheard of for either Scotland or Yorkshire to bear the brunt of annual Arctic blasts.

Safe driving everyone and remember. If you are involved in a RTA which wasn’t your fault, then get in touch with our team of claims management experts today on 0800 368 9181.

PrevPreviousHow the victim of a motorcycle accident can claim?
NextHow do bicycle helmets protect your head in an accident?Next